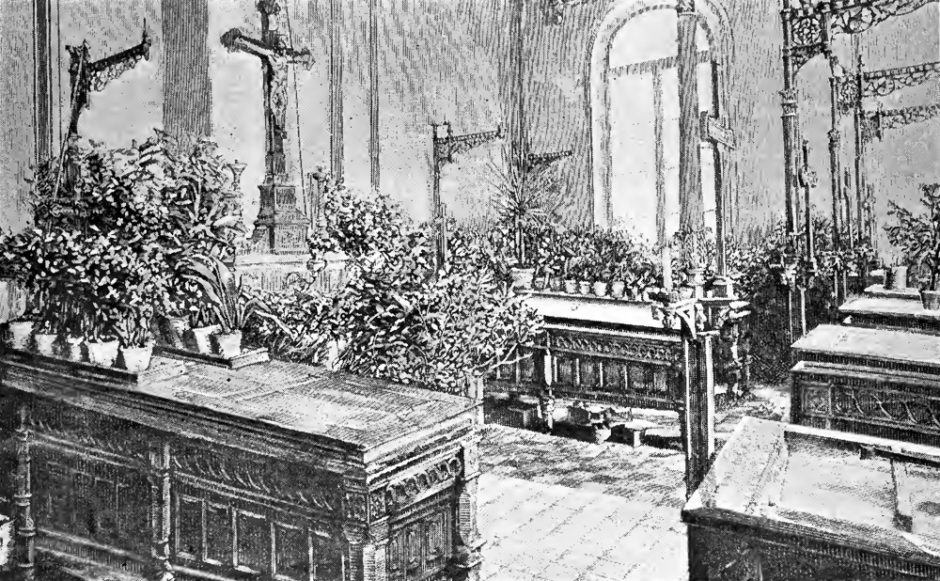 How the People of Munich Prevent Premature Burials.

The cemetery at Munich, says a correspondent, always has attractions to the visitor, on account of the peculiarity of funerals and the exposure of the bodies of the dead for three days before burial. The law requires the body of every one dying in Munich to be conveyed to the cemetery within three hours, there to remain in buildings erected for the purpose, for three days. During these three days a wire is attached to the hand of each corpse, leading to a spring bell, so that an alarm will be given to those whose duty is to be on guard in case of resuscitation. We could not ascertain whether there had ever been a case of resuscitation, but it appears that a long time ago a case of burial alive had led to the establishment of this custom, which had been regularly kept up ever since, to avoid a recurrence of such a catastrophe. We immediately proceeded to the first of those halls, in which the bodies of the poor were deposited, and there found eight bodies, not laid out as if for burial, but reclining in floral bowers or resting upon beds of flowers. Spectators were not not admitted to the rooms, but they were surrounded by windows, through which a full view and inspection of each could be had. There were eighteen bodies in the room, seven of which were infants and eleven those of grown persons, except one beautiful girl of about twelve years, arrayed in white muslin, resting on a bed of flowers, with a wreath of orange blossoms around her head, reclining as if asleep, with her bare arms laying carelessly by her side. None of them, except the infants, were lying as we usually dispose of the dead, but in every case, whether old or young, there appeared to be an effort to place them in a careless or half-reclining attitude so as to have the appearance of being in a natural sleep. An old man in this room, not less than sixty years of age, the body dressed in a black cloth suit, was almost in a sitting posture. Around each body there was also a number of large bouquets, with cards attached to them, having been sent to the cemetery by friends of the deceased, just as they are sent to the house by friends in Baltimore. After the expiration of three days the body is placed in the coffin by the undertaker, and the friends and relatives all assemble at the cemetery, and the funeral takes place.